From My Project Graveyard: The Owl & the Pussycat 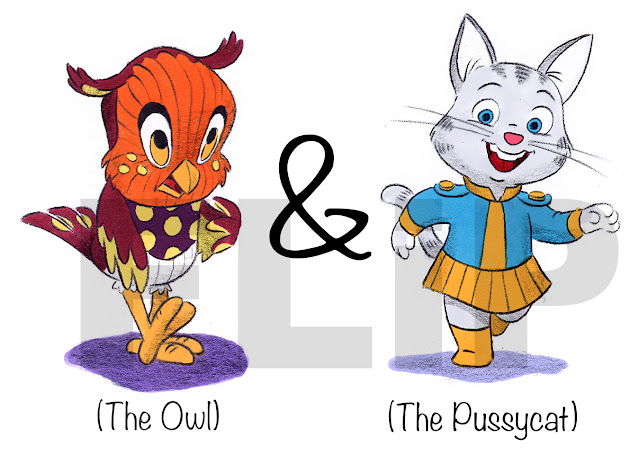 In 2001, producer and dear friend Leslie Hough called about developing a feature pitch for "The Quite Remarkable Adventures of the Owl and the Pussy-Cat", a children's book by Monty Python's Eric Idle, based on the poem by Edward Lear.   The audiobook version  includes original songs Idle wrote with his "Spamalot" collaborator John DuPrez.  There was a whimsicality about it that I liked, so I agreed to help out.

We met John DuPrez at Leslie's house in Laurel Canyon and talked about how we might adapt the story for a feature length film.   He offered up a brief history of the project - seems we weren't the first to take a crack at it, or even the second.   It's latest stop had been at DreamWorks, where it languished for some time before being killed, leaving Eric a bad taste for animation studios (at least the big ones).  Eric and John gave Leslie their blessing to pitch it, but were not going to get involved beyond that. 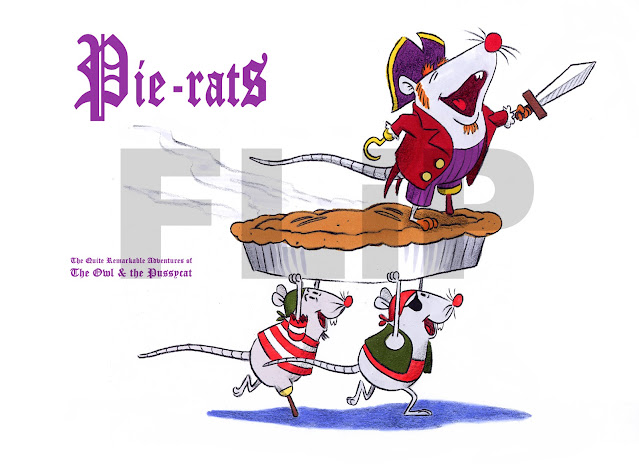 I whipped up some designs with some old school Prismacolor markers and pencils on paper.   I also wrote a treatment that was never used - but I still like.   Imagine a Monty Python film for kids - that's where I was going with it. 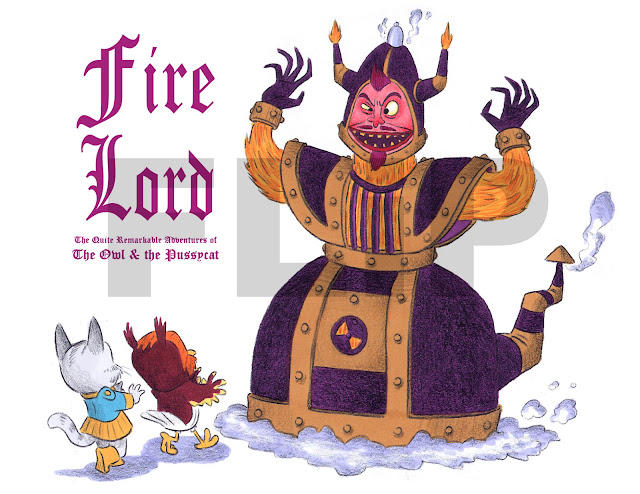 With the villainous Fire Lord, I combined a Samurai warrior with an old furnace which would lumber along menacingly.  Most of his body would be fire.  His face started to look like Terry Gilliam from the "Spanish Inquisition" sketch, so I leaned into that. 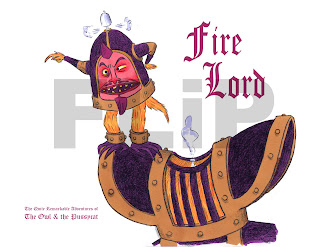 The Fire Lord can leap out of his Samurai furnace when he needs to move quickly, for comic effect.  Also note the pressure valve atop his helmet.  This is an homage to my mom's old pressure cooker from the '50's (which I still use). 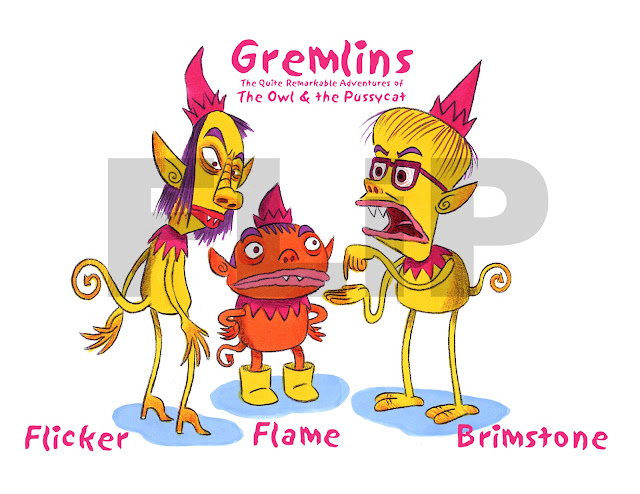 With artwork in hand, Leslie made the studio rounds.  The climate for selling a feature in 2002 was quite bleak.  2D animation had been declared dead, though not by the artists.  With that declaration came massive layoffs.  Artists lost their homes.  Some even committed suicide (seriously). The industry was going through it's own version of "The Grapes of Wrath" where, for every job, there were two dozen takers.  Leslie pitched all over town, really, really tried, but despite her best efforts, "The Owl & the Pussycat" found no takers.

And now I find myself with these designs that I still like, so I share them with you, dear FLiP reader. With today's streaming world, I could see this as feature, or even a mini-series, as the story is very episodic in structure.

Anybody out there want to make a Monty Python-esque film for kids?