Life After Pi - the sad end of R&H

In this excellent 30 minute documentary, the film-makers explore the sad end of Rythm and Hues, one of the world's finest visual effects houses, pioneers in photo realistic character animation. The film explores how R&H strove to be the best in the world, but also what was the financial cost of that search for excellence.

The chief villain of the film is the film subsidies coming from countries like Canada and the UK, where the Government offers tax rebates to create financial incentives for work to be done at home, stimulating domestic creative industries. What this leads to, of course, is a competitive auction for visual effects work, with artists acting as "pixel gypsies", following the studios to far-away cities in search of work, as changing tax subsidies send work to different countries. 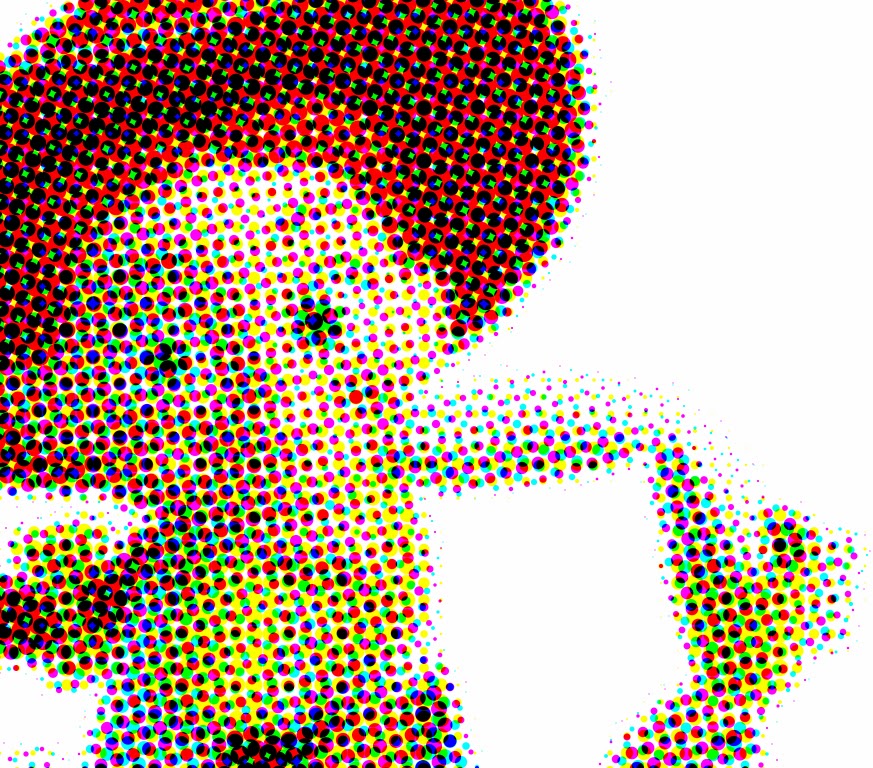 You tell me, are they right?
-Steve

Harold Ramis, One of the Good Guys

I was very sorry to hear of Harold Ramis' death today.  He was one of my favorites on SCTV in the '70's.  Watching that show as an 8th grade super 8 filmmaker, I never dreamt I would one day get to work with Moe Green himself.

Thirteen years later, Tom Wilhite at Hyperion Animtion hired me to direct the feature Rover Dangerfield.  I was only 26, and had more hubris than experience.  It was Rodney Dangerfield's baby, and he got Harold Ramis to write a script.  It wasn't a horrible first draft, though Harold did not put his name on it.  With story artist Rebecca Rees, who was pregnant with her son Ian,  we started working to improve the script.

I had a meeting with Rodney in his suite at the Beverly Hilton.  Just me and him.  He started to read the script aloud - a 120 page script.  He would read a little, stop and talk about it, then read some more.  Feeling trapped, I tried to talk about some of the broad strokes changes I wanted to make, as if the 69 year-old comedy genius gave a firm crap about the story ideas of a 26 year old kid.  "I thought you liked the script."  Rodney kept saying.  I backpedalled like Ralph Kramden, "Hamina hamina hamina…."  Not only was this not a first draft for him, it was the shooting script.

Animator and teacher Frank Terry has died. According to his family:
"....(Frank) passed away on Tuesday, February 11th in the morning.  It was sudden in the sense that his diagnosis of pulmonary fibrosis only came 2 1/2 months ago and he had a precipitous decline from Friday, February 7 until he passed on Tuesday".

Frank ran the animation program at the California Institute of the Arts for many years, including the years 1996-1998 when I taught evening classes there in character animation, driving up the 5 freeway two nights a week to give lectures at the very strange but very creative place that is CalArts.

FLiP's own Nancy Beiman has now had two major interviews in one month.  First, as part of the Vanity Fair story on the early days of the CalArts Character Animation program, and now a follow up interview on NPR's Weekend Edition, where she dishes a bit on life in A-113….

Everyone needs an animated film, even if they don't know it yet. Ten years ago, no-one could have imagined that every plumber would need a website. I predict that, in ten years time, every business will want a short animated film that tells the story of what they do.

Maybe it will be an animated logo, a mini infomercial, something to play on a smart phone, or a short film on their website, something that makes their business unique and different, something that reaches audiences (especially younger ones) who don't want to read pages of dull text on a static site.

The only trouble is - the cost. Animation is time-consuming and expensive. But what if we could make animated films really cheaply, for a tiny budget? Then, surely, everyone could afford one, and businesses all over the world would queue up to commission small films.

I'm writing this as a bit of an addendum to the VANITY FAIR article on the early years of Cal Arts.

I'm pleased and honored to have been included in the list of interviewees, and think that the article is a good snapshot of that time. But like a snapshot, it only shows a few details, while others are fuzzy, and there may be distortions to the image. This post will attempt to bring one issue in particular back into focus.

One attitude that prevailed at that time was that if you weren't going to Disney you weren't going anywhere. After all, the Cal Arts program had been set up to retrain artists for the Disney studio as the older artists retired. We ate, breathed and learned from Disney films (This monolithic attitude began to crack in our second year, thanks to my classmate Darrell van Citters, who arranged visits after hours from artists Michael Maltese, Mike Lah, Maurice Noble and Ed Love as a hint of what else was out there.) Cal Arts sponsored a talk by Chuck Jones and another by Richard Williams.

The Hunched and Goofy in Vanity Fair 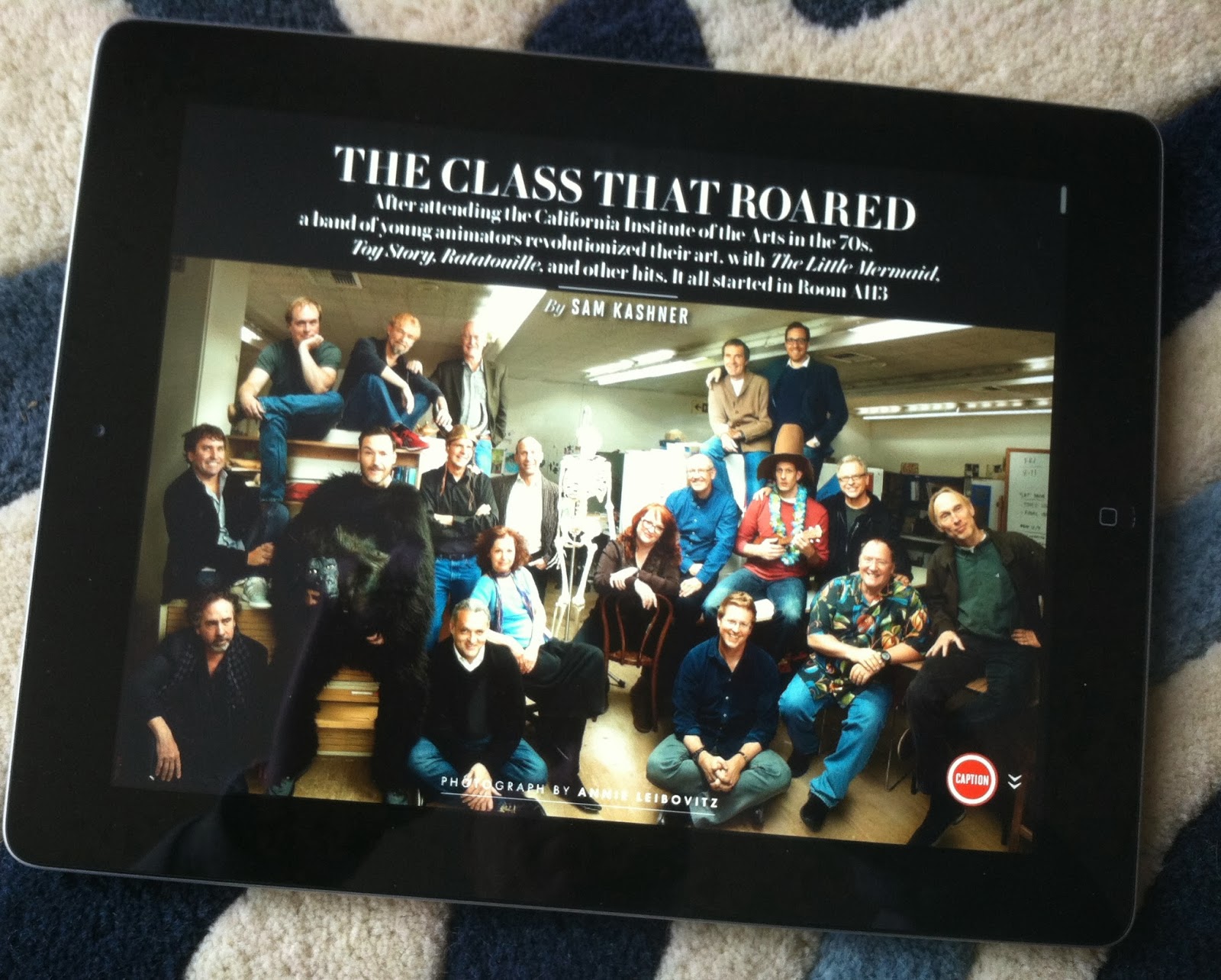 The latest issue of Vanity Fair has a fantastic article on the genesis of the CalArts Character Animation program and the Hollywood heavyweights who got their start there.  Among them is FLiP's own Nancy Beiman, who is extensively quoted in the piece.  Congrats, Nancy!


The idea behind this excellent four minute video is - that since all of us are likely fail in almost everything we do (at least at first) - then the key to success is to fail faster.  The argument runs like this: no idea comes out fully formed, it needs to be tweaked, revised and perfected, but you have to get it out there to see how best to improve it.

The Interview - brought to you by The Animation Workshop

The Animation Workshop in Viborg, Denmark, is one of Europe's leading animation schools, perhaps the best English-language animation school outside of North America. It's a hugely creative place, packed with energy and life, full of talented students doing their best to learn animation and, in their final year, make their own mark on the industry with a stunning short film. This year is no exception.

One of this year's most successful films is Interview, a funny and surprising film with a delicious twist. Two of its creators, Mikkel Okholm and Mikkel Brons-Frandsen, talked to FLiP about how it came about.

The Spirit of St. Louis was playing recently on TV - James Stewart as Charles Lindbergh, an aw-shucks guy making the world's first solo trans-Atlantic flight.   The film relies on Stewart's voice-over narration to express Lindbergh's inner thoughts during the flight.  It brought to mind an early Saturday Night Live spoof of the film featuring Buck Henry, with much sillier voice-over, and a running gag where Lindbergh peers out the window, only to be splashed with a bucket of water.  He is ultimately visited by the Landshark.

Curious to see the skit, I did a Google search.  I didn't find a video clip, but I did find a transcript, from an episode on May, 21, 1977.  I was in 8th grade, but my memory of the skit was very good, considering I had not seen it since.  Curiosity satisfied.