Phil Young is an animator, artist and teacher. He worked at the Disney studio for 25 years, often working with some of the legendary "Nine Old Men", Walt Disney's hand-picked top animators who were synonymous with the first Golden age of Animation. Phil worked on many of Disney's biggest hits, including Beauty and the Beast and The Lion King, as well as some of the legendary misses like The Black Cauldron. FLIP asked Phil to tell us on a sentimental journey back to the 1970s - and reveal what the studio was really like back in the olden days.


Tom Bancroft is a Disney animator with many, many film credits to his name. His career highlights include supervising the animation of the dragon Mushu, voiced by Eddie Murphy, on the 1998 hit Mulan. Visitors to the Disney parks can still see Tom talk about creating Mushu on the Magic of Disney Animation tour. Tom has also worked on many projects as director, concept artist and storyboard artist. Recently he started the web comic Outnumbered. FLIP asked Tom to tell us about this new online cartoon strip.


Above is a wonderful short animated film titled Dumb Ways to Die. It boasts a catchy tune, charming character design, cute animation and an unexpected little public service message at the end, that make your realise that you've been hoodwinked all along into watching an improving message - without even noticing.

Uli Meyer is an animator, director, designer and now children's book author. He has worked on countless animated film projects including Who Framed Roger Rabbit?, An American Tail and Space Jam. His studio Uli Meyer Animation was for many years one of London's leading independent animation studios. Recently Uli has been focusing his efforts on writing and illustrating children's books. His new book, Cuthbert was bored,  has just been published.


In animation, takes get all the love; those big, broad, comedic reactions that Tex Avery mastered and the rest of us try to emulate.  Standing out like the class clown, takes win all popularity contests with animators and fans of animation alike.  But for every class clown,  there's a quiet kid representing the class with dignity and grace; in animation terms, the rolling hold.

When I watch pencil tests and see rolling holds, I get a feeling not unlike drinking a Guinness really fast.  It's good.  I've felt this was since my student days, before I could afford Guinness, watching countless pencil tests of my classmates' films.  So what is it about the rolling hold that has a hold on me?

Richard Keith Wolff has worked in the camera department on many animated commercials, feature films and TV series, including The Wind in The Willows, Heavy Metal, The Iron Giant and many episodes of Futurama, as well as working on independent films. He also works as a freelance photographer, photographing a wide variety of subjects. FLIP asked him to talk about his work.

Last year, I spent Father's Day in the Intensive Care Unit at the Atlantic City Trauma Center.  Not as a patient - my daughter, Megan, had been in one hell of a car wreck two days earlier, coming home from a movie matinee, and now here she was, with vining tubes and wires connecting her to a menagerie of medical machines.

My wife, Donna, had received the call, the one parents fear most, from the State Police.  Megan had driven her 1998 Buick off the highway and into several trees.  Her brother, Chris, was in the passenger seat and escaped with a mild concussion.  Megan took the worst of it, broadsiding a tree right at her door.  The EMTs had to cut the roof off the car to get to them.  They feared she would bleed to death, and called for a helicopter to airlift her to the hospital.   Chris told us while they waited, he told his sister to hold his hand, that way they would know the other one was there.  Pretty heads up stuff for a 20 year old who was just in a serious wreck.

James "JC" Chiang is a hugely talented animator with years of experience in the animation industry. He has worked on many feature films including Robots, Open Season, Ice Age: The Meltdown and Surf's Up. Some years ago he left the US to work in Singapore, and has recently been working as animation director at One Animation on their new animated series Oddbods. FLIP asked him to talk about what it has been like working in the booming Asian economy.

My father is 80 years old this year. He doesn't look it. He still draws every day, working as passionately as ever on animation he describes as "the best work I've ever done". This single-minded commitment to doing the best possible work is part of the reason why his public appearances are pretty rare. Luckily for the rest of us, the Edinburgh Festival has managed to persuade him to put down his blackwing pencil and come and do a Q&A. Anyone who would like to hear him talk about his work in animation over the last 60 years will have a chance to buy tickets to a special screening and retrospective at the Edinburgh Festival on Saturday 29th June.

Imagine Bambi running through the forest fire screaming  "AAH!   AHHHH!   Woah-oah!!!  AHHH!".  That's exactly how it would go if the film were made today.  It seems impossible for animated characters to keep their mouths shut while in danger anymore.

I remember watching Speed Racer as a kid and making fun of how Speed was constantly yelling "AAHH!! WOAH-OAH!!!"  Why race cars if it frightens you so much?  Speed's yelling stood out because no other cartoon characters did this - not Wacky Races, not Jonny Quest.  But all that's changed now.  AAAAAH!!

I have boarded chase sequences and pleaded with directors to not have the characters screaming "Whaa--aaaaH!!!   Woaaahhhh!   YAAAAAA!"   They never listen.  But I am right.  There is nothing - NOTHING - entertaining in watching someone in peril hollering nonstop.  There MAY be entertainment to be had in hollering at the right time, but when it is nonstop it loses all impact and just becomes a big sound crap.  So stop. 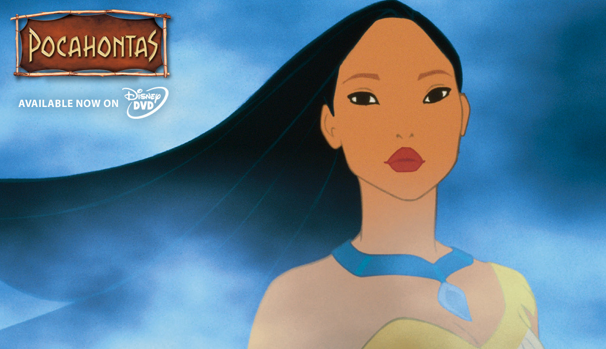 18 years ago today was the opening night of Pocahontas. It was premiered on 10 June 1995 on the great lawn in Central Park, projected onto four huge screens, each one 92 feet high. I wasn't there for the Premiere, but I did get to work on the picture itself, which I remember as a huge privilege, temporary membership of one of the world's most exclusive clubs - the Disney animator.

The Perils of Homogeny

In a recent post, I blamed the demise of 2D animated features on market saturation; there were just too many features out there.  But in CG land, there are more animated features than ever, with many of the same artists behind them.  Are CG animated features facing a similar fate?  Anyone who was around during the 2D  renaissance of the 1990's knows this is not out of the realm of possibilities.

So what can we do to protect ourselves?  As an artistic cog in the production wheel, all you can really do is keep growing as an artist.  Try to make contributions that are unique - don't repeat yourself.  Sometimes this is difficult, because that's what the people paying you want, but  remember - they only know what they have already seen, it's up to you to be creative.

I know you're all aching to know how the garden tower is progressing after a month, so I have taken a few photos.

Watching seedlings is like in-betweening a long scene with four characters all on ones; progress is brutally slow.  For about three weeks after the left photo was taken, it looked pretty much like this.  Then, like elves switched out my plants overnight, it suddenly looked like the photo on the right.
Read more »
No comments:

Twenty years ago, I was directing the ill-fated  Betty Boop Movie for Richard Zanuck and MGM Studios. We were doing casting sessions - producers Jerry Rees and Steve Leiva, casting director Ronnie Yeskel  and me.  A parade of famous faces came through my office for three solid weeks.  What I found very surprising was the anxiety they felt about auditioning.  Many of them asked our receptionist if we were cool, and left saying, "That was the most fun I ever had at an audition."  No one told me we were supposed to be cruel to them.

To drop a few names....Chris Penn gave an hilarious read, came back ten minutes later, and asked to do it again.  Teri Garr was in a mood after getting horribly lost on the way, but about half way through her audition, she got that spark in her eye - the one you fell in love with in her movies.   We gave her a round of applause when she finished. We met with Bud Cort of Harold and Maude fame.  Paul Reubens, then recently of Florida porn theater arrest fame.  Met Shelley Long, Julia Louis-Dreyfus, Helen Hunt, Virginia Madsen - had instant crushes on them all.  Ned Beatty came in to tell us that he does not read for parts and how dare we ask so much of the man who was raped in Deliverance.  Okay, Ned.

With all the stars coming through our little studio offices in Burbank, our crew never expressed more than a cursory interest in what was going on.  But one afternoon, there was a big commotion.  I saw people walking with great purpose past my door toward the lobby, and lots of laughter and chatter.  Ronnie called to me, "Steve, I have someone here to meet you."

The Secret of Animation - revealed at last


Above is a very short and very funny video by Giovanni Braggio, revealing the hidden secrets of computer animation. How many times has someone in a pub explained to you that animation is easy now because the computer does all the work for you? What can you possibly say in response to this mind-numbingly annoying and patronising question?

Well, fear not - Giovanni has the answer for you. And it's even simpler than you thought.

During pre-production on Looney Tunes: Back in Action, I met with director Joe Dante about the  animation director's position.  While talking to Joe and the producers, I expressed my opinion that they should storyboard the movie before building any sets to avoid making anything they would not use.  The producers laughed smugly, telling me they had five sound stages rocking out sets as we spoke.  Ha ha!   And furthermore, they will have only two months to board,  but that's okay because they're going to throw a lot of bodies at it.

Joe, a nice, laid back kind of guy, suddenly slammed his fist on his desk. "YES!"  he said.  "They NEVER give you time to think!"

Time to think has become more and more scarce as computer technology allows work to be done faster.  But don't blame technology!  This is the same bean counting game producers have played for years,  but CG has given them a great excuse to push it beyond reason.


Ten years ago, when I was working on Robots at Blue Sky Studios, animation boss and all-round Fox Studio supremo Chris Melandandri let us animators in on a secret - a new wave of indie animated features would soon be coming our way. Animation would, he predicted, not for long remain the sole preserve of well-financed animation studios. Soon we would see the rise of the independents - small, nimble production houses with great scripts and great ideas that would muscle in on the market.