Darlie Brewster is an animator with a vast wealth of experience in Hollywood. Her film credits include Fern Gully, The Prince of Egypt, The Road to El Dorado, and Brave. Some years ago she made a huge change in her life and underwent gender reassignment. FLIP asked her about her remarkable journey.

Toaster Tales #2: A Letter to Mom and Chinese New Year

In January of 1986,  eleven Americans travelled to Taiwan to work on The Brave Little Toaster.  There was Jerry and Rebecca Rees, Chuck Richardson, Brian McEntee, Kevin Lima, Tanya Wilson, Chris Wahl, Ann Telnaes, Randy Cartwright, Joe Ranft, and 23 year-old me.  The studio was called Cuckoo's Nest, a cartoon factory which had been churning out miles of Saturday morning cartoons for Hanna-Barbera and Ruby-Spears.  The studio's owner, James Wang, paid to bring out about half of the American crew to shore up his talent pool.  Toaster raised the bar for his studio in every capacity.  Just compare Cuckoo's Nest productions such as The Smurfs to Toaster to get an idea of how far they were pushed.

I recently found a letter I wrote to my parents from Taiwan, which unearthed some forgotten memories. So if you ever wondered what it was like to make a great American cartoon in the land of Chiang Kai-shek, read on!

For a brief while in the 1990s I had a cartoon strip running in The Tatler, a society gossip magazine which wasn't so much full of pictures of celebrities as Sloane Rangers. So many in fact, that the joke was that the magazine was largely read by the people photographed inside its pages.

Peter Pan, or the Wonder of Live Theatre, by Andreas Wessel Therhorn

I went to see the musical stage show Peter Pan at the Pantages Theatre in Hollywood for two reasons - one was a half-price ticket offer, the second was to see how 61 year old Cathy Rigby , who has played this part on and off for 25 years, would hold up as the symbol of perpetual youth, Peter Pan.

Animation A Team - the Best Place to Study Creature Animation?

Rob Hemmings is an excellent animator with a creature reel second to none. Several years ago he set up Animation A Team - the first online animation school dedicated exclusively to teaching animal and creature animation. FLIP asked him a few questions about what makes his school unique.

Erik Schmidt is an animator with a vast experience of working in Los Angeles for studios such as Disney, DreamWorks and ILM. Recently he traded Hollywood for Copenhagen, working as animation director on the upcoming independent film Otto is a Rhino.

After posting about Elmer Plummer's life drawing class last week, I wanted to do a piece on his watercolors, and while I'm at it, bring back a feature from the old format FLIP - the monthly featured artist.  So many of our industry friends and colleagues have created personal art - that is to say, artwork not generated for an animation studio, which, unless the artist has a website or has you over for dinner, is work you probably will never see. 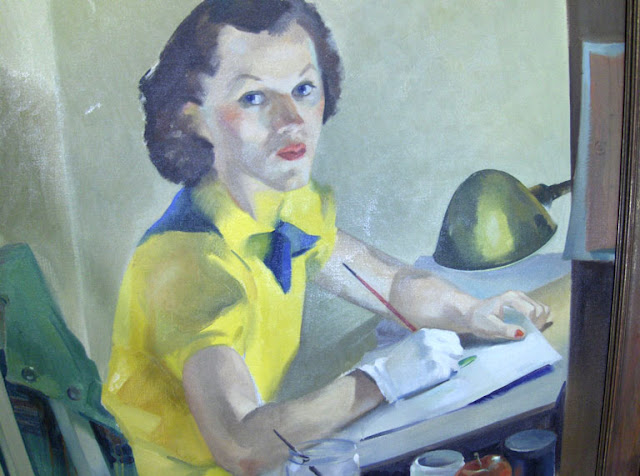 In the case of the late great Elmer Plummer (1910-86), his work is available to the public, but you have to search around a bit. Some of his watercolor paintings are in the National Gallery in Washington, DC.  Elmer worked at Disney Studios during the Walt years as a designer and story man.  He was drinking buddies with Lee and Mary Blair. But like a lot of the Disney talent of that time, he was a fine artist first and foremost.

Friend of FLIP Signe Baumane has taken to the fundraising site Kickstarter for financial support on her independent feature Rocks in My Pockets.  Rocks is the very personal story of Signe's struggles with depression.  Those familiar with her work know her humor is brutally honest.  She calls her film "a funny film about depression."


There is a revolution taking place in media and content creation. Any animator with talent, a laptop and a story to tell can now take on the biggest studios. It's not exactly a level playing field, but it's way more level than it was just a decade ago.

Elmer Plummer was a brilliant artist.  His watercolors are in the National Gallery in Washington, DC. He designed the roustabouts sequence in Dumbo and the mushroom dance sequence in Fantasia among other films during his 30 plus years at Disney Studios. But to certain artists in the industry today, Elmer Plummer was known as their life drawing instructor.
Elmer taught life drawing to the Character Animation Department at CalArts from 1977 to 1983. He developed a system of learning the proportions of the human anatomy known by students as "The Elmer Man".  At the start of every class, he would stand before a chalkboard and create a boxy figure while lecturing on relative proportions of the body.  We  drew along.  Then he would introduce a live model to draw, applying this box-man system.  There was nothing sexy about this system.  Advanced students found it dull and repetitive.  For novices like me, it was educational and repetitive.

Effects animator Al Holter kept his notes from Elmer's class, and shared them with FLIP (and you!):