In 1992, I was in San Francisco doing storyboards for The Nightmare Before Christmas.  My friend and colleague James Baker called to see if I'd be into going skeet shooting.  Dave Gordon had shotguns and wanted to go to a shooting range in Oakland.  My experience with rifles was strictly of the arcade variety, but I had a car, which made me an ideal person to let tag along.

We headed over the Bay Bridge to a grassy firing range I swear I have seen on Mythbusters.  The first thing I learned about shotguns is that their recoil hurts.  On my first try, the gun kicked back so violently, it whacked me in the mouth.  I saw cartoon stars for a few seconds as I rolled my tongue along my teeth, taking inventory.  James didn't do much better, and Dave had to give us a lesson on how to hold on to the beastly thing.

After a few rounds, the range pro (or whatever he's called) came over and not only fine-tuned my rifle holding, but also adjusted my stance.  By simply pointing my toes in a certain direction, I became a clay pigeon killing machine.

Film Review - The Life of Pi

The Life of Pi is a remarkably good film, well written, beautifully directed, and an incredible achievement given that the subject matter feels essentially un-filmable. But what is especially notable is the visual effects work. I don't think I have ever seen a film in which, from start to finish, I simply could not tell where the real animals ended and the CG ones began.

Email ThisBlogThis!Share to TwitterShare to FacebookShare to Pinterest
Labels: reviews

Paul Harrison and Evgenia Golubeva are two very talented animation artists who are developing a new animated TV series for kids. FLIP asked them some questions about how an independent artist gets a new TV series off the ground.

What was the best animated Feature of 2012?


Award season is almost upon us. Every year in December a swelling tide of BAFTA DVDs and screeners arrives by post, a satisfyingly large heap of swag that makes me very popular at my in-laws, and makes Santa himself look like Uncle Scrooge.

Ghosts of Christmas Cards Past

Every Fall, the annual challenge of designing my Christmas card creeps up on me.  I really like doing it, and love getting cards from animation friends who do the same.  I thought I'd share some of my better ones from the past 28 years.

A Merry Christmas from the REAL Tiny Tim

Way back in 1971 my Dad's animation studio at no. 13 Soho Square in London took on their biggest project to date - a TV adaptation of Charles Dickens'  A Christmas Carol. The 22 minute TV special was produced by Chuck Jones and many scenes were animated by Ken Harris, one of Chuck's star animators from Road Runner days.

Bob Camp, of Ren and Stimpy fame,  lives not far from Newtown, Connecticut; a place most people had never heard of until last Friday.  Like everyone, Bob, a father of two, was deeply disturbed by the senseless, cowardly act of violence inflicted upon helpless children and school teachers.  He posted this on his Facebook page today, and generously let me share with you:

"Last night Gwen and I went to Sandy Hook had dinner and went to see the things people left in a huge makeshift memorial for the shooting victims and the people of Newtown.
Read more »
No comments:

The Snowman and the Snowdog


Christmas Eve in the UK will see the airing of The Snowman and The Snowdog - a new adaptation of Raymond Briggs' beloved children's book The Snowman. The original animated version of the Snowman was broadcast on 26th December 1982 and was nominated for the 1982 Academy Award for Animated Short Film.

Claus Toksvig in an independent Producer based at The Animation Workshop in Viborg, Denmark, recently returned from the Creative Talent Network (CTN) Expo in Burbank, Los Angeles. Claus talked to FLIP about the challenges of making independent animated films outside of the studio system. 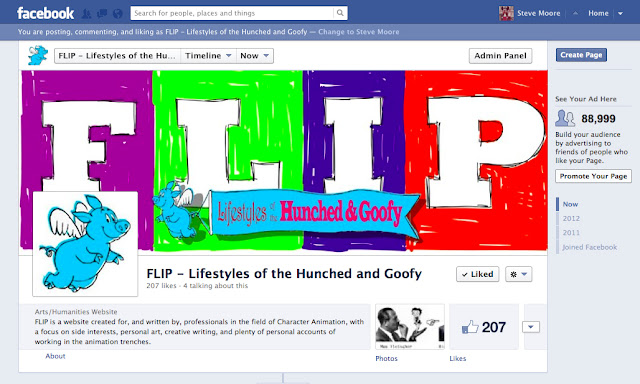 Email ThisBlogThis!Share to TwitterShare to FacebookShare to Pinterest
Labels: websites

How to Make an Animated Film

One of the biggest challenges for an animator is to tackle a short film project. Most working animators don't - they're usually too busy. But at the best animation schools, students usually tackle a group film project in their graduation year. Short films are a ton of work and they present a huge variety of film-making challenges.


Uli Meyer is one of the most talented 2D animators of his generation, and a huge admirer of the work of legendary British cartoonist Ronald Searle, creator of St Trinian's School and the Molesworth series.

Uli has been working for a while now on an animated adaptation of Searle's work, not an easy task given the complex, subtle drawing style and the challenge of bringing the eccentric characters to life in animation without losing their charm.

Francis Glebas and The Animator's Eye 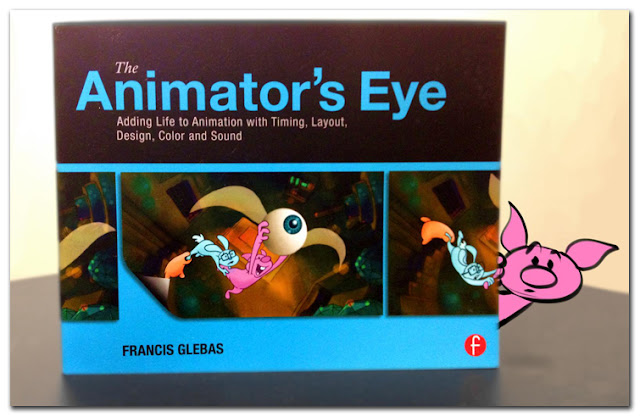 Francis Glebas is a director, designer and story board artist with a long career in the animation industry. We asked him some questions about his work and his latest book "The Animator's Eye".

The Rocking Horse and the End of the World

As the Mayan doomsday approaches, I thought I would dust off this true story, one of my favorites from the old-format FLIP , from 2007. -Steve

We were living in a 1900 house that had splendid quartersawn oak floors with the planks laid in a herringbone pattern whose texture I can still feel. I loved to run my hands along the colorful shadow cast on the living room floor by the small stained glass window in the sun room.

There wasn't much of anything else to play with since my father's salary as a music teacher in the local high school was just enough to get us into an apartment in this once-elegant neighbourhood (Dad told me later that "I knew it was going downhill since I could afford to live there.") The elegance did not extend to the heat - there wasn't any. The twisted radiators produced nothing but noise, vibrations, and the rumor of monsters in the basement. We had frost inside the windows. So, at age five, I was an expert at getting dressed under the heavy blankets in the bedroom I shared with my three year old sister, Paula.

Imagine, then, the sensation when Dad brought home a rocking horse - a magnificent creature, molded in finest plastic, mounted on springs that attached to a cruciform metal frame. It had a wild eye and a beautifully sculpted head. The springs made a crinking sound when you rode it. A glorious horse, and purchased amonth before Chanukah! But my sister and I were too small to question why.