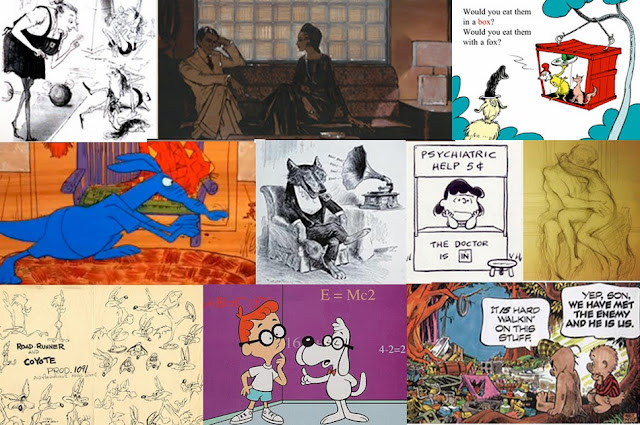 Every creative person can cite some other creative person whose work had a major influence on them.    For me, it's Chuck Jones' cartoons.   But was he really as influential as I thought?  I don't draw or time my animation like him.  I don't steal art direction from  Maurice Noble nor animate like Ben Washam.  So really, they influenced my desire to get into the business, and I am certainly a fan, but my artistic influences came from other people, people I had not always recognized.

Mickey Mouse stars in Escape From Tomorrow - but Disney is not pleased...

Escape From Tomorrow is a micro budget indie horror flick filmed without permission, using hand held cameras and mobile phones, inside the Disney parks. It stars Mickey in his first ever blood soaked horror role. The real horror, you might think, will be the litigation that will surely result as armies of Disney lawyers descend on the film-makers. But you would be wrong.

Withoutabox.com - For Your Festival Submission Sanity

Did I mention my new short Chief, Your Butt's on Fire this week?   We're in festival submission mode around here, and just as film has gone digital, so has the submission process.  Thankfully, my wife discovered withoutabox.com.

This is going to sound like a big freaking commercial, but if you are an indie filmmaker, this could really help you.  On the Withoutabox site, you fill out a form about your film, then upload a web-quality Quicktime file.  When you find a festival you like, you click "qualify" and see if your form jives with that festival's submission form.   You make whatever adjustments you need to make, then click "submit" and it's done.  No making umpteen copies of your film,  no writing umpteen descriptions of you film.

I was looking through the latest issue of the magazine Dwell: At Home in the Modern World checking out some of the ultra hip homes. I started reading the cover story about  a modern apartment in the Chelsea district.  It's owners are Kit and Geraldine Laybourne.

Kit Laybourne,  author of The Animation Book, the book I devoured as a teenager, the book which fueled my desire to become an animator, and his wife Gerry, the brilliant executive (seriously) who put Nickelodeon on the map, have a place so stylish, it made the cover of a magazine dedicated to modern style.

What Is Wrong With The Global Development Organisation? 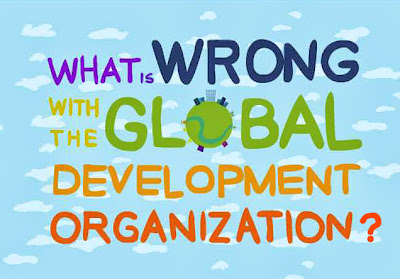 What Is Wrong With The Global Development Organisation?  is a short film project executed by a group of my students, mostly at Bucks New University (my day job), but also including talent from my online school, www.animationapprentice.org.

The film was a private commission from an individual who experiences day to day the problems set out in the film, and who wanted to find a way of expressing those problems in a way that would be fun and entertaining - but with a serious message. She wants to remain anonymous because, as she put it, "if you win an Oscar I will get fired".

Tumblehead Animation is one of a number of small studios that have grown up around the hub of the excellent Animation Workshop in Viborg, Denmark. Founded by Magnus Moller and Peter Smith, Tumblehead have completed a series of stylishly designed and superbly executed short film projects, proving that when it comes to animation production, small can be beautiful. Below is their latest short film: Rob 'n' Ron, just completed.

(Editor's Note: for more about Tumblehead animation, read our interview with studio co-founder Magnus Moller, and check out their excellent short film The Story of Animation, a clever and funny explanation of the animation process from concept to completion.

On Monday, director Brenda Chapman spoke at the United Nations as part of a TEDx event BRAVE: United in Action.  What's TEDx?  According to their site, "TEDx is a program of local, self-organized events that bring individuals together to share in the spirit of TED’s mission, 'Ideas Worth Spreading.' Our event is called TEDxUNPlaza, where x = (independently organized TED event)."

Brenda took some time out after the event to tell FLIP about it.


Dave Bossert, Producer, Creative Director and Head of Special Projects at Walt Disney Animation Studios, has just published a new book on Roy E. Disney, nephew of Walt and for decades a champion of animation at the Disney Studio. Roy is widely regarded as the man who saved the animation division at Disney from closure, following the box office disaster of Black Cauldron and the Eisner/Katzenberg takeover in the 1980s. We asked Dave to tell us about his new book.

The Best Fast Food Ad Ever

It's being called the best fast food advert ever made. Chipotle have made a sweet, funny and charming ad for their product - without ever mentioning the product itself. Instead they have commissioned an adorable short film in praise of sustainable farming.

The Return of Jamie Baker

Back in May, FLIP told you about James "Jamie" Baker's struggles to recover after suffering a massive stroke in December.  And while he is still physically recovering, there is some very good news.   Jamie has started blogging - and drawing - again.

"Into The Animation Factory" needs your help!

Calling all Animators, Artists, and VFX Industry professionals! Pixar animator, director and all-round animation supremo Dave Tart is gearing up for a short film project titled "Into the Animation Factory"... and he needs your help!  Since one of the film's primary aims is to educate clients and audiences about the state of the industry, he needs to gather some facts. Which is where you come in.

Email ThisBlogThis!Share to TwitterShare to FacebookShare to Pinterest
Labels: David Tart, Into The Animation Factory, surveys


On Monday, September 16 at 7:00pm Tom Sito, author of Moving Innovation: The History of Computer Animation (and friend of FLIP), will be at the SVA Theatre, 333 West 23rd Street, NYC.

Tom will be "telling stories, spinning yarns about CGI and signing a book or two". He also adds that "some NY CG legends have promised to come too" - although their identities remain undisclosed. The evening is free and open to anyone to attend.

An Artist in the Producer's Chair ....Wha? 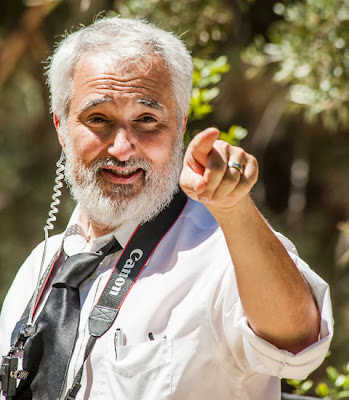 Shannon Shea has made his career of the past thirty years doing make-up effects on films such as Predator, Terminator 2 , Jurassic Park,  Drag Me to Hell, and Men in Black 3.  He has had plenty of experience in dealing with producers, and now he steps into their shoes with the film Scream at the Devil.  He talked to FLIP about his experience in the producer's chair.

FLIP: What made you want to take the leap into producing?

Shannon: Actually, it was kind of a mistake.  In an effort to save my dwindling health care through Screen Actor's Guild,  I decided I would start auditioning for acting roles (my primary performance through SAG was puppeteering).  So, I received a notice for a film that was shooting in Los Angeles, I met with the director and, as most people do in tinsel town these days, he "IMDB'ed" me.  When he saw my credits he asked if I would come on board as a VFX supervisor rather than an actor (promising me more money than if I acted for a day or two).  I liked him and agreed under one condition: I would be a VFX PRODUCER, not supervisor.

Endtrip is the work three graduate students from University of the Arts Utrecht (HKU), Koen de Mol, Olivier Ballast, and Rick Franssen. It is freaking amazing.

The flimmakers describe Endtrip as "an animated short film in which we experience a breathtaking trip through the bizarre and fantastical unconsciousness of a drug overdosed girl. This visually stunning journey offers a stereoscopic 3D glimpse into the extraordinary and strange workings of the mind. Reality and fantasy become intertwined into a dream where nothing is as it seems and we can only expect the unexpected."

Mr. Future, At Last We Meet

I told you about my new short, Chief Your Butt's on Fire last week, and how it took thirteen years to complete.  My last shorts, The Indescribable Nth and Fractured Fairy Tales: The Phox, the Box and the Lox, were both completed in 1999 - that's right, the 20th century.

Here we are in the second decade of the 21st century, the year to which Marty McFly time travels in Back to the Future, and don't you know - it really IS the future.   When my wife looked into film festival submissions, film was not an option for many of them.  They wanted something called a DCP - Digital Cinema Package.  Why?  BECAUSE IT"S THE FUTURE!

After years of working in animation, Kevin Davis opted to go to film school at UCLA.   He tells FLIP about how he came to create videos with the unlikely pairing of Bill Mumy - yes THAT Bill Mumy - and one of the most outrageously funny animators you will meet, Jeff Etter.

by Kevin Davis
Thrill-o-rama Films all started when I was attempting to complete my UCLA thesis film, Of Robots and Rednecks.  I was inspired by Professor Bill Barminski's After Effects class.  He had just completed a set of very creative music videos for Death Cab for Cutie, and I was impressed with what you could devise and complete with a very small production crew and an even smaller budget.  In After Effects you could pull off an infinite variety of funky camera moves and effects that, back in the MTV heyday of 80's music videos, would have been next to impossible to pull off.

At about the same time, Actor / Musician Bill Mumy had seen an Of Robot and Rednecks preview on YouTube, and liked it.  He later told me to that it was, "Twilight Zoney", which made my day.  He then asked me if I would like to do a music video for his upcoming CD, Until the Big Bang Whimpers. His timing couldn't be more horrible, due to my deadline for my thesis film, but I couldn't turn down a chance to work with one of my childhood heros.