Being of a generation for which computers represented the future, it is a bit unsettling that a book on the history of computer animation could be written. Like I need another reminder of my aging. Tom Sito has done it, with Moving Innovation, A History of Computer Animation, to be released next month. FLIP asked Tom a few questions, via computer......

FLIP: What the hell does Tom Sito know about Computer Animation?

TS: Hah! You’re right. My name is not the first to come to mind when you think CG. When I was completing Drawing the Line, I included a chapter on the Digital Revolution. I needed to explain about CG’s origins to show how it affected the animation community and how it changed the traditional animation production pipeline, which had been sacred since J.R. Bray in 1913. The chapter grew so large that my editor cut it by two-thirds, and told me “ You have another book here.”
I suddenly realized that although I was not an active participant, my animation career paralleled the rise of digital. I was inbetweening on Raggedy Ann when Ed Catmull & Co. were at New York Tech perfecting CG’s basic tools. I saw Peter Foldes' Hunger, Tony DePeltrie and Luxo Jr. when they premiered. I hung around the Disney CG team as they were creating the Ballroom Sequence for Beauty and the Beast. I could do this.


Like Thucydides watching the Peloponnesian War from a safe distance, I was witness to the Digital Revolution. Most of the existing literature I read on CG was written by engineers and enthusiasts. A lot of tech-talk about Z-Buffers and Anti-Aliasing, preaching to the choir. Not being a tech, I felt I could focus on the human side of the story, describing the people who all shared this passion to create animation by computer.

Being a 2D animator born in the pre-digital era, maybe a more appropriate metaphor would be I’m like the hero Rodericks of Arthur C. Clarke’s Childhood’s End, who chronicles the end of the Earth as it is dissolved beneath his feet by the next stage of Human Evolution.
FLIP: What is considered the very, very start of CG? And is this subject to debate?

TS: Many think CG was born when George Lucas rubbed a lamp and John Lasseter popped out. But CG is the result of fifty or more years of slow development by scientists, military, beatniks, hippies, experimental filmmakers and math nerds all working on separate but parallel tracks. Often in defiance of established authority.

The first interactive computer games were created by scientists in their spare time wishing to demonstrate the calculating ability of their mainframe research computers. Evans &Sutherland at the University of Utah had to defend their computer graphics graduate program from skeptical professors from Chemistry and Biology Depts. They felt they were wasting valuable grant money to make silly pictures.

Even among the pioneers of CG, I found little agreement as to what came first. I put the earliest CG as the opening titles of Alfred Hitchcock’s Vertigo (1958).

Hitchcock's art director Saul Bass hired John Whitney Sr to create the distinctive spirals coming out of Kim Novak’s eyes. Whitney had cannibalized army surplus gunsights in his garage in Pacific Palisades to build an analog proto-computer. He is considered the Father of CG. The first 3D animation was a 1961 film done by Ed Zajac for Bell Labs to explain how satellites reflect radio transmission , A Two Gyro-Gradient Altitude Control System.

FLIP: Is this the first CG history book? If so, how is your book different?

TS: I think Moving Innovation is the first complete history of CG ever in book form. There have been some good websites listing CG achievements, and some histories that focused on individual subjects like histories of ILM and Pixar. A few good books on Games. But no one till now has attempted an overview of the whole topic.

FLIP: Did you preplan your book's structure, or was this a constant trail of one source leading to another leading to yet another?

TS: I found it unwieldy to do as a straight timeline chronology, because too many things were occurring at the same time. Just look at the year 1982, you have Tron, Blade Runner, Donkey Kong, Lasseter left Disney, Jim Blinn’s Voyager 2 flyby film, The Genesis Effect of Star Trek II the Wrath of Khan, NYIT’s The Works premiered at Siggraph, Quantel’s Paintbox, etc.

So I constructed my narrative by subject- The Military, Avant Garde Film, VFX, highlighting specific landmarks like stepping stones across a brook: The Whitney Family, NYIT, The University of Utah, Nolan Bushnell and Atari, BobAbel. Being an animator, I look for personality. Rather than recite a dry-litany of technological achievement, I focused on the people who invented CG. All these brilliant non-conformists who walked away from steady jobs, tenured professorships, criss-crossing continents, all to pursue their common dream.
In the 1980s their common mantra was “ Computer Animation is Ten Years Away.” At the peak of the 2D Renaissance Roy Disney offered John Lasseter the directorship of a 2D Disney feature, any normal animators dream. But John said no. He would stick with CG. What was behind that kind of passion? 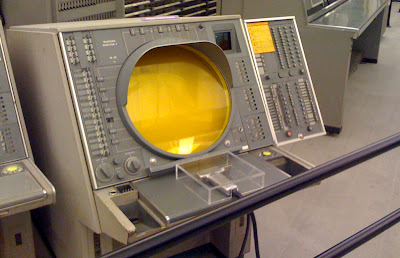 FLIP: Were there any popular myths about CG that were shattered during your research? Any surprises?

TS: I found all the layer upon layers of interconnectiveness fascinating. How the same people popped up again and again. Like Ivan Sutherland, who wrote the first software program at MIT, was also at the government agency ARPA when they began to develop the Internet, Then he taught at University of Utah. His class included Ed Catmull, Nolan Bushnell, Jim Blinn, Jim Clark (SGI), Gouraud, Phong, Alan Kay ( laptop computers) all giants in CG development. It was Alan Kay who suggested to Steve Lissberger that he do TRON in CG, and he also suggested to Steve Jobs that he buy Pixar from Lucas.

Another revelation was how at the New York Institute of Technology, an eccentric millionaire was financing an attempt to create the first CG feature as early as 1975! Almost twenty years before it was done with Toy Story (1995).

FLIP: Given that most of the players in CG history are still alive, was this easier or more difficult to write than "Drawing the Line"?

TS: Everyone is mostly still around. I started writing just as the word got out that Bill Kovacs, one of the inventors of Wavefront (MAYA), had died prematurely. That got CG people thinking about making sure their story gets told. Jim Blinn told me “ I guess it is time to start writing the history.” Problem was everyone I interviewed mentioned 6 more people I should interview. After 75 interviews, going from Boston to Berkeley, I said “enough!” After the book is out, I’m sure I’m going to catch it from people saying “ Why didn’t you talk to Blah-Blah..?”

The other difficulty was the subject is so new there are few good books you can draw on. Gene Youngbloods’ ExpandedCinema, Terrence Masson’s CG:101, Michael Rubin’s Droidmaker, Prices’ The PixarTouch, and a lot of magazines and websites. All in all a pretty small reference shelf. Most of the research was like sewing together a tapestry from individual threads.


FLIP: After "Drawing the Line" came out, did people come forward with new information? Do you anticipate this with your new one?

TS: Most definitely. People called me after Drawing the Line and said “ Remember how my late father would never say he was a member of the Party? (Communist), Well, he was a member of the party.” I’m sure I’ll miss some stuff. Just now while Moving Innovation was being printed, Rhythm & Hues went bankrupt. So history never stops. A historian is kidding himself if he thinks his account will be the final word on events. The continual addition and interpretation of data is what makes history a living art.

But my greatest satisfaction after Drawing the Line was people thanked me for restoring the reputation of their ancestor and re-establishing their role in the animation story. I’m hoping with this book to give the general public new focus on the contributions to CG by some of the players who don’t get a lot of notice anymore, like the studios of Bob Abels and Image West, Magi, DeGraff-Wahrman and NYIT.

FLIP: Where can we buy the book?

TS: Well Laddie-Buck, I’m glad you asked! MOVING INNOVATION, A HISTORY OF COMPUTER ANIMATION will be in stores after April 12. For now you can order it on

Funny thing. I interviewed CG pioneer Alvy Ray Smith in 2007. He had developed alpha-channel and paint programs at Xerox PARC, NYIT, Pixar, and Disney’s CAPS. When we were done I told him I’d send him a copy of the book.

He said “ Don’t bother, I’ll read it on Kindle.

Read about Tom's book "Drawing the Line" in the old format FLIP.