Plugging into Work from Home 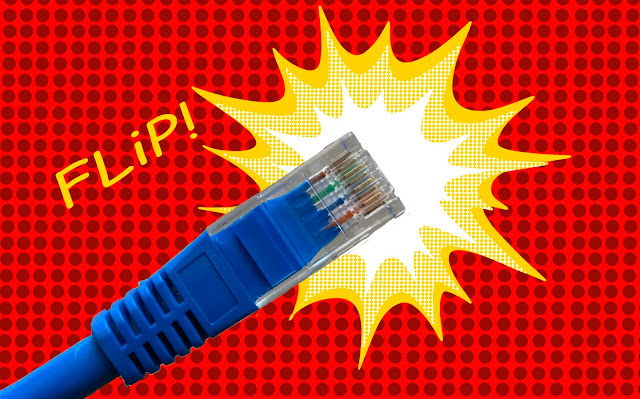 On March 16th, the studio where I work announced that we would all be working from home until the COVID-19 pandemic was under control.  The IT department had worked through the weekend on the logistics of this large, sudden shift in production.  Now this computer-tech luddite was tasked with applying their plans to my computer at home.

Step 2: Go to Best Buy and get an Ethernet cable.  Driving through the strip mall to Best Buy, I passed a long line of shoppers at Trader Joe's, waiting to binge shop for toilet paper and flour.  Lots of paper mache projects going on, I guess.  Home-made ventilators, maybe?

Fortunately, there was no such line for Best Buy.  Wearing gloves, I went inside and did the same walking around lost thing I do every time I go into that store.  Eventually, some young guy in a blue knit Best Buy shirt but no gloves comes to my rescue.  Ethernet cable?  No problem!  Right over here! I followed him as he hustled to a far corner of the store and turned the corner to the cable aisle.

The aisle was completely empty, like The Grinch had been through.  It seems that Ethernet cables are the toilet paper of the workforce (I'm talking availability, not practical application).  The Best Buy Guy shrugged.  A few doors down was an Office Max, a sad little store that always looks like it's going under.  Their cable aisle was also decimated, save for two Ethernet cables, long ones - exactly what I needed.  And so I bagged the second-to-last one in town and got out quickly to outrun any germs trying to kill me.

The cable shortage took me by surprise, but it made total sense.  The entire animation industry was suddenly working from home.  A review of security video would have revealed a who's who of the industry buying up Ethernet cables at DSL speed.  Those cords are a lifeline for an entire industry right now.

On the other end of those cords are the IT people who have kept it all going.  They are animation's first responders, without whom production could not continue unabated.  So kudos the ITMVP's.