How a Danish Animation Company Was Born

In 2010 Magnus Moller and Peter smith set up their own animation company, Tumblehead Animation, in Viborg, Denmark. Neither had much experience of working at professional studios, or much money. Two years on their company is not just alive, but growing and thriving. FLIP asked them the secret of their success.
FLIP: You set up your own animation company in Viborg, Denmark, soon after graduating from The Animation Workshop. What made you want to start your own business?

Magnus: For me it was because I wanted to be able to make my own films. I had a blast working on my graduation film Elk Hair Caddis and decided to do everything I could to continue creating my own creative content. 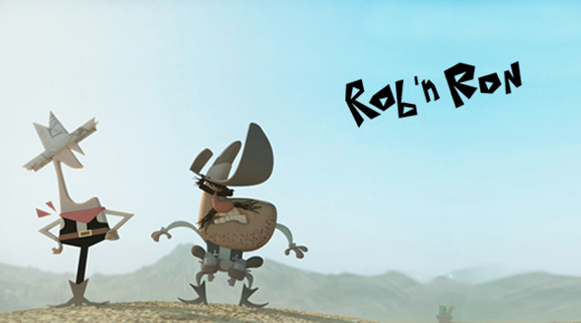 FLIP: Tell us about Tumblehead Animation Studio. What sort of projects do you work on?

Magnus: Tumblehead was founded by Peter Smith and myself. We both studied at The Animation Workshop” in Viborg. We focus on hand-drawn and CG-animation for films, commercials and games. We have recently finished up animation for the game The Walking Dead by Tell Tale Games in San Francisco.

Right now we are working on a couple of web-commercials and are also starting up production of our new short film Rob’n Ron, a project we have really been looking forward to for quite some time. We have just made a tumblr page where we will post pictures of the process: http://robnron.tumblr.com/ 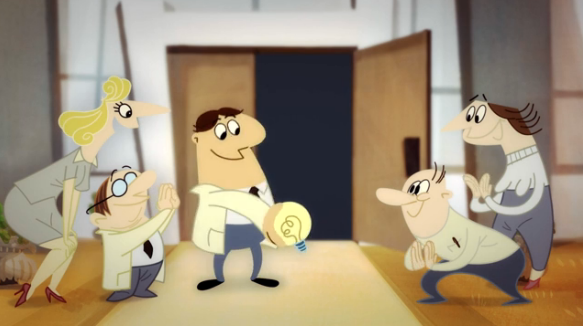 FLIP: How difficult was it to set up a new company from scratch?

Magnus: It was a lot of hard work, and still is. There was a lot to learn when we were just starting out, both from a business and managing point of view and also regarding artistic and technical aspects of a production. I have to say that the community in Viborg helped us a lot, and also the municipality set up a plan for us so we could get advice from lawyers, accountants and business leaders.

We felt extremely well taken care of by everybody and that gave us a lot of inspiration to keep on going. At the moment we have our office at the animation company cluster called Arsenalet. It’s great to be neighbours to lot of skilled and creative people, it really helps to be able to share knowledge and ideas with all the talented people in the building. 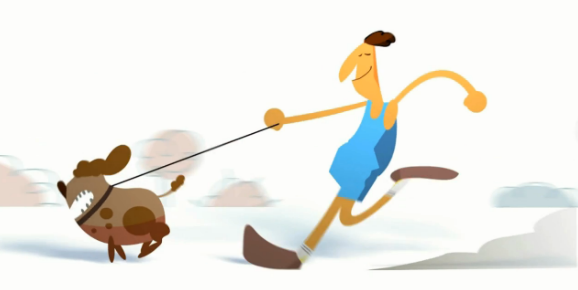 FLIP: What was the biggest mistake you made in the early days?

Magnus: There are so many things I would have handled differently today, but even now we are still a young company learning from our mistakes every day. I think I would have planned some of the projects a bit better, making sure deadlines were kept, and be more clear towards the client what to expect as the final result.

FLIP: You have worked on lots of exciting projects. Is there any project that was a complete nightmare? (feel free not to name it!) And what would you do differently next time?

Magnus: Yes, definitely. Those can be extremely tough on your soul and your well-being in general. I’m not sure what I would do differently, except from what I mentioned above. I think handling these kind of difficult projects is something you learn over time, and you have to go through a couple until you know what to do in difficult situations. You can never be prepared enough, I think.
FLIP: What advice would you offer to someone who wants to set up their own business?

Magnus: I went to a lecture once by a very successful entrepreneur from Viborg, and his mantra goes like this: “Eat like a bird, shit like an elephant”. It may sound a bit crude in some ways, but for me it rings true. I think he means that you have got to make sure that you get your company's name out there, and sometimes you need to take the initiative yourself in order to get publicity.