Bob Godfrey, the British animator who created Roobarb and Custard, which broadcast in the UK in when I was a child, has died.  Weirdly enough, Richard Briers, who did the voice-over for the series, died five days ago. Click above for a 30 second trip back to 1974, to remember both of these talented entertainers. 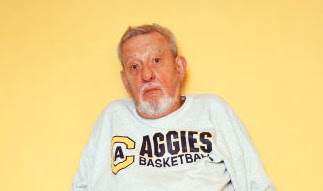 In the Thames Television documentary The Thief Who Never Gave Up, broadcast in the late 1980s, my father credited Bob Godfrey with giving him his start in the business. Dad said: "Bob Godfrey helped me...I worked in the basement and would do work in kind, and he would let me use the camera...[it was] a barter system".

So, not just a talented artist, but a good human being as well.