Animator Louis Scarborough Jr. died in his sleep on August 5, 2013 after a brief illness. He was in his 60th year. His credits include Richard Williams’ Raggedy Ann & Andy (1977), Walt Disney’s The Fox and the Hound, Nelvana’s Rock and Rule (1983), Bakshi’s Fire and Ice, and TV series like The Chipmunk Adventures, Sonic the Hedgehog, The Simpsons and Teenage Mutant Ninja Turtles.

Lou was an animator, did cleanup, layout, character design and storyboard. But there was more to Lou than the sum of his screen credits. With Lou it was not so much what he accomplished as much as what he dreamt. Lou Scarborough was one of that group of Post War Baby-Boomer artists who refused to let the Animation Industry die. 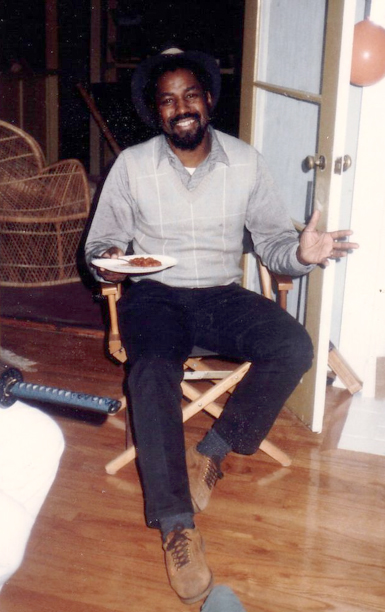 The young artists first moving out of school into the job market in the mid-1970’s faced an animation industry that was rapidly shrinking. Disney turned out one animated feature every few years, Bakshi created a feature every so often, and there was Saturday Morning Kidvid and Sesame Street. The Golden Age generation was retiring and dying off. These young prospects were told by the old vets that the type of animation they adored, Disney’s Pinocchio, and the Tex Avery shorts, was done because of Depression-Era budgets. We’d never see the demand for that type of quality ever again.

They were too late. At this time, retired animator Ward Kimball told a graduating class of animators at Cal Arts "Walt’s dead. You missed it.”

But these animators, Eric Goldberg, Dan Haskett, Nancy Beiman, Lou and myself among them, refused to accept this fate. Like migrants, we sought out interesting projects and  studios wherever they were, Toronto, LA, Berlin, London. Whenever we were given  creative control, we’d expand the quality up to full animation. We often got into trouble,  but sometimes made some fun films. Lou Scarborough was once asked by his parents, “What do you want to make of yourself?” He replied “a starving artist.”

Lou became obsessed with the creation of character. He cared nothing for material gains.  He came to ignore career advancement. The projects he worked on were merely his way to make money to pay his bills. He ignored his clothes, although he had fun going around wearing a Khaki pith helmet out of some old Gunga Din movie. Nothing came between  him and his pursuit of design perfection.

He adored the female figure, and many of his designs were coquettish girls, going through everyday activities, often anthropomorphized as aliens or animals. He‘d fill sketchbook after sketchbook with his  designs, and copybooks analyzing their character. Andrea, Lorna, Meggan. What did they like and not like? What kind of music, what type of films?

I learned much from Lou about the show-prep an animator had to do before animating a scene. About how much more sophisticated the pursuit of Personality Animation was to regular Character Animation. How you had to believe a character existed already in your mind, before you draw. Just like now you can describe the character of Bugs Bunny or Homer Simpson, without citing any one particular film. He exists in your mind.

More than that, Lou was one of the people who first showed me what a professional  animator was like, what they aspired to. I was a working class son of a Brooklyn fireman. What did I know about artists? At the High School of Art & Design in Manhattan around 1971, Lou and Dan Haskett would visit my animation class and show us their amazing drawings. They inspired me not just to want to draw for a living, but to aspire to an ideal, so strive for a level of quality I didn’t think was in me. And through their friendship,  given unconditionally, I first learned of the fraternity of the extended Animation community. These “Wonderfully Damaged People” as Bob Kurtz called them, who stay together no matter where and what the project.

I saw the proof of this in Lou’s final days. As he lay dying of an aggressive cancer, his animator friends would come to visit him. Usually about three or more a day, day after day, for a month. They brought him things, entertained his mind with studio gossip, fed him when he was too weak to do it himself. Why? Because he was one of us. Our animation family.

The last time I saw Lou Scarborough, I left him a fresh drawing pad and pencils from Carter/Sexton. Even if he was too weak to use them, they were there for him. A Viking should have his sword. And the glint in his eyes told me he was grateful. Goodbye Lou.

Say hi to Tytla, Milt and Ben Washam for us in Animation Valhalla.

(Editor's note: you can see more of Lou's work, including his pre-production drawings for "The Meggan Movie", at his blog, Scarboropolis.