Stephan Franck is a master storyteller who has worked as an animator, storyboard artist and designer on projects such as The Iron Giant, Space Jam and How To Train Your Dragon. FLIP asked him to talk about his new graphic novel, Silver, soon to be released.

FLIP: You have a new book coming out - tell us about it!

Stephan:  Silver #1 is the first in a twelve-issue miniseries. It is a graphic novel set in the 1930's. James Finnigan is the greatest conman/heist-master of his time. One day, Finn comes into possession of a mysterious silver bar, which becomes his entry point into the shadow world of vampires, where silver is the coin of the realm.

My vampires are obsessed with silver for a host of reasons. First, they are soulless walking corpses incapable of true emotions, only animated by lust and greed. But where gold is the precious metal of choice among men, the inaccessible purity of silver symbolizes all that the damned can never have. Lastly, that's money that doesn't burn a hole through their pocket, it burns a hole through them - period.

Flirting with mortality is the closest the vampires can come to feeling alive. So, ever the conman, Finn puts together the heist of the century, which will consist of separating some serious vampires from their silver. To do that, he needs to assemble a special team--and that team is full of all sorts of broken characters. 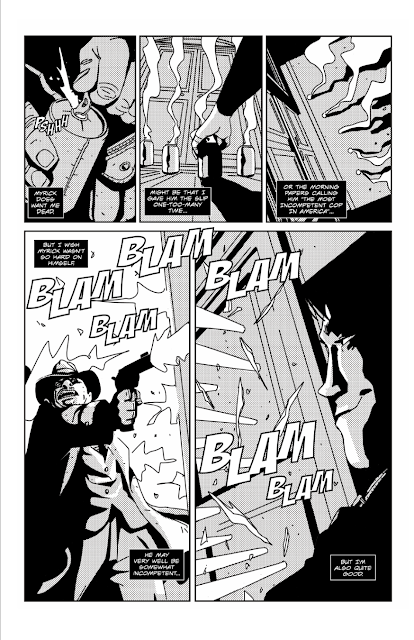 The book is packed with action, comedy and drama. Will Flinn succeed? I'm not going to tell you that right now, but one thing is sure, if he survives it, he will come out a changed man, with a new perspective on what it means to be truly alive.

FLIP: How did Silver come about? Was it your idea or did the publisher approach you?

Stephan: I had written Silver as a spec movie script, and just then, I was serendipitously approached by a publisher who wanted to work with me on a graphic novel, and asked if I had a project. Doing a comic book had been a dream since I was a kid. 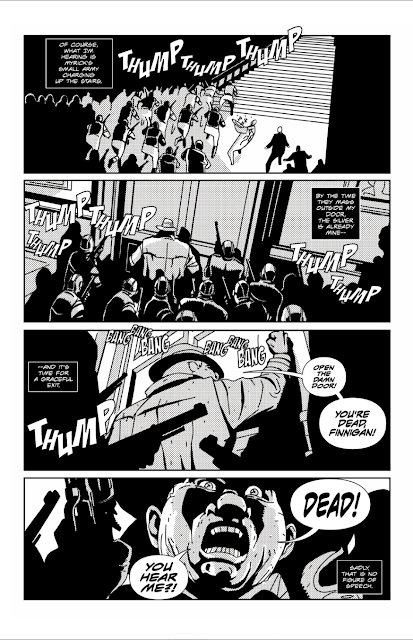 Also, as we know, original projects enter the Hollywood development machine one way, and then often come out as something else -- if they even come out at all. So I thought doing Silver as a book would be an opportunity to send the story out into the world in its original form. That same logic also led me to opt out of the original publishing deal, and try complete independence. That's how my company Dark Planet Comics came about.

FLIP:  What has been the biggest challenge to getting it done?

Stephan: Only having 24 hours in a day. That is a serious limitation. 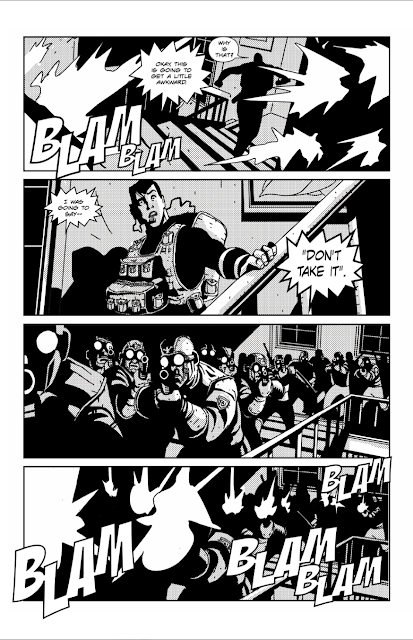 FLIP: What advice would you give to anyone who wants to do their own graphic novel?

Stephan: Taking "their own" as the operative word, I would say that one of the biggest mistake I've seen people make is taking time off to write/draw their great American novel -- graphic or not. I've seen it, and it's often doomed to failure because that is putting too much pressure on it.

To quote Guy Clark, you have to dance like you don't need the money. The best way to do that is actually not needing the money, so whether you already have a career in the field, or any field, or a day job, I believe that your best shot at creating "your own" book is doing it on top of your other work. 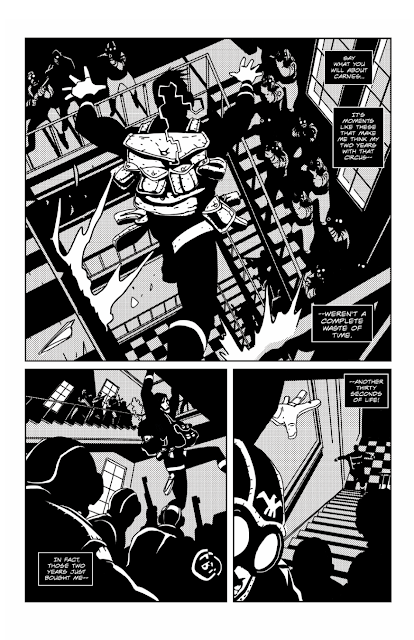 Get up at 5 in the morning or/and stay up late at night to work on your book. If you're not motivated enough, or not enjoying it enough to do that, burning your savings or putting it on the credit card while locking yourself up for six months in your uncle's summer cabin is probably not going to help.

FLIP:  Where can we buy Silver?

Stephan: For now, in the early stages of my complete independence, it is only available from the Dark Planet Comics website. www.darkplanetcomics.com