First of all, a HUGE public thank you to Jerry Beck, the patron saint of cartoons, for posting about Redux on his Cartoon Brew site.  The ensuing avalanche of YouTube views exceeded 15,000 in 48 hours.  Yikes! 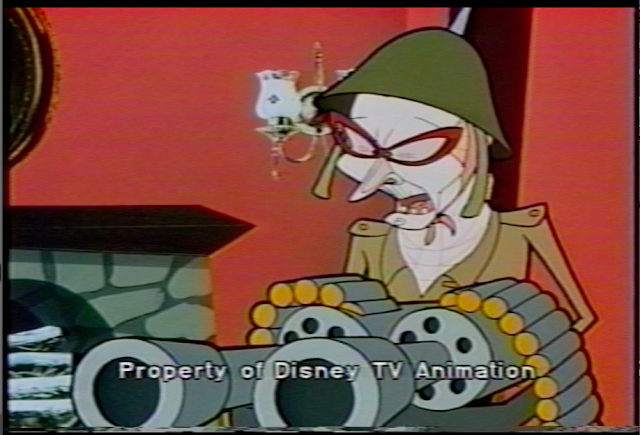 So now that you've seen the film, here's some useless information to store in your head:

1. Most of the photo cut-out elements came from a Montgomery Ward catalog from the 1940's owned by production designer John Kleber. He xerox'ed the entire catalog for our production purposes.  The catalog had live chicks, and kits to build an entire house yourself.

2. In order to sufficiently tone down his voice during the depressed Wolf scenes, Michael Richards recorded those lines while lying on the floor.

3. Grandma is a caricature of my maternal grandmother, Bertha Davis.  She also appears in the movie Bebe's Kids.
4. The photo over Grandma's bed is my maternal great-grandmother, Louisa Schmickel, who lived to be 100.

5. Grandma's house is pink because she's a faded red.  It's a color pun, a bad one at that.

6. Next to the door in the Wolf's garage is a shovel and two bags of sheep manure.  A side business for Doris?

7. The boy in the photo on Grandma's dresser is my nephew, Henry Moore.  In one shot, it is background painter Richard Morgan.

8. To entice Fabio to do the part, the Woodsman's role was padded by storyboard artist John Norton, who added the "Mr. Bunny Rabbit." lines.

9. Don Rickles couldn't keep our names straight, so he called us all "Richie."

10. In the final sequence, where hundreds of wolves make plans in the kitchen, there's a wall map with a red X.  That address was the location of Toonz Animation in Auckland, New Zealand.

Okay, that's eleven pieces of worthless trivia.  I'm glad to have so much interest in a short I thought was forgotten.  Thanks for watching and spreading the word.